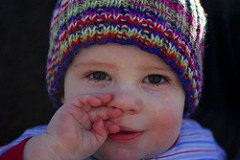 The Court of Appeals addressed an interesting paternity case recently.

The Court of Appeals addressed a very interesting case this year regarding the parentage law in Utah which states that a child born to a woman who is married is presumed to be the child of the woman’s husband. So…if a woman gets pregnant with the child of man other than her husband, while married, the child in the eyes of the law is the child of the husband, unless the father takes legal means to establish that he is the child’s father. The presumption of paternity can be rebutted, but Utah law sets forth specific ways how that can be done.

In Kielkowski, the wife had the child of another man. From the time the child was born to when he was about two years old wife’s husband had a relationship with the child. When the child was about two the parties divorced. Father filed the divorce papers stating that there were no children at issue in the marriage, thereby bypassing the paternity issue. Mother did not respond to the divorce filing so the decree was entered upon the Father’s petition. After the divorce Mother allowed Father visitation with the child and Father paid child support but after about six months Mother started an adoption proceeding to allow the child’s biological father to adopt the child. She then started denying Father access to the child.

Shortly thereafter Father filed a petition to modify the divorce decree to address the issues of child custody and child support. The trial court denied Father’s petition on the grounds that it was undisputed he was not the father of the child and signed divorce documents stating the parties had no children together.

Paternity Must Be Decided Under the Parentage Act

The Utah Court of Appeals found that the district court erred because under Utah law Father is presumed the Father and nothing was presented in the divorce case to rebut that presumption. The fact that Father stated there were no children at issue in the marriage does not overcome that presumption because Utah law requires a legal parentage action to rebut the presumption of fatherhood. Since the parties never raised the issue of parentage, the court should have addressed that issue in the modification proceeding.

Jerry Salcido is a founding attorney of Ogden Divorce Lawyer PLLC.
View all posts by Jerry Salcido →
This entry was posted in Paternity. Bookmark the permalink.