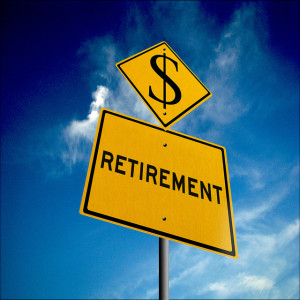 The New York Times wrote an article recently about retirement and divorce, stating that a later in life divorce can cause serious havoc for individuals retirement plans. Hopefully the more you think about this statement the more intuitive it becomes because it illustrates a very simple divorce concept that is often overlooked. That concept is that a divorce takes what was once one team/group/household, and splits it into two teams/groups/households; and obviously that means that things are going to be much more financially tight for those new entities. Where this problem most often comes up is in regards to alimony. Divorcing individuals don’t logically think through the fact that their joint income is now going to be split in two and that income that once carried one home, one retirement, one set of dishes, etc… now has to pay for two of each of those things and that means that both parties will have to cut back regardless of how vindictive they want to be or how great their attorney is.

According to the New York Times article “The divorce rate in the United States among people 50 or older has doubled since 1990,” and with that rise in divorce numbers it has become very apparent that divorcing couples who are approaching retirement can’t only think about divorce but they must now think retirement and divorce. The concept above of realizing that divorce will take a serious toll on the parties standard of living is especially important when considering retirement and divorce. For aging individuals not only are they going to be short on money due to the split but if they are divorcing later in life then they are also short on time meaning they are not going to be able to recoup the losses that the divorce has cause on their retirement accounts.

Legal Counsel to Guide You

Retirement and divorce go hand in hand and most family law attorneys will tell you that retirement is one of the biggest issues of contested divorces because there is a lot of money on the table. If you are considering a possible divorce then call the attorney’s at Ogden Divorce Law right away to make sure you understand all the aspects of your situation before you make a decision about what you want to do going forward.

Todd Peterson has been with Salcido Law firm for a number of years and specializes in Family Law practice. He is dedicated to helping people through the very difficult and highly emotionally charged times when they need a family law attorney.
View all posts by Todd Peterson →
This entry was posted in Ogden Divorce Attorney. Bookmark the permalink.