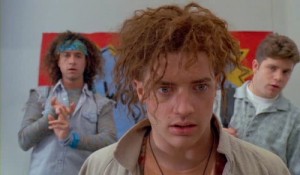 Complain all you want about the alimony you have to pay to your ex but I doubt it’s anywhere close to as shocking as $50,000 a month.

The actor Brendan Fraser, most popular for his roles in Encino Man and the Mummy series, is asking the Connecticut court that handled his divorce to now modify the decree. In his divorce from ex-wife Afton Fraser the court ordered that he pay $50,000 a month in alimony. However, the somewhat out-of-work actor is now telling the court that he can no longer make those payments and that he is currently $87,000 in the hole each month and the alimony award is no longer fair. While his divorce has a provision that allows for alimony to be amended if he fails to make over 3 million dollars in a year his ex-wife is claiming that hasn’t happened yet.

Todd Peterson has been with Salcido Law firm for a number of years and specializes in Family Law practice. He is dedicated to helping people through the very difficult and highly emotionally charged times when they need a family law attorney.
View all posts by Todd Peterson →
This entry was posted in Divorce News and tagged alimony, court, divorce. Bookmark the permalink.